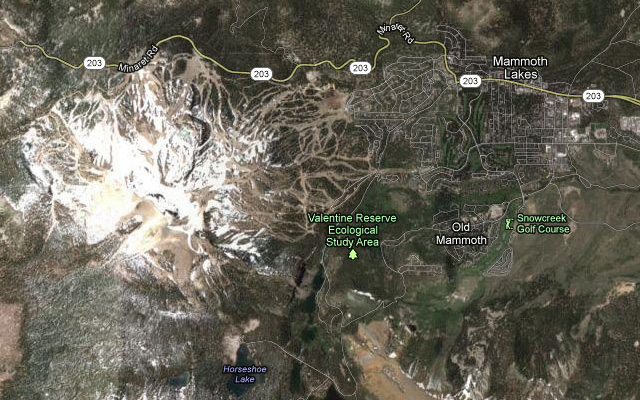 Often referred to as “California’s Premier Mountain Resort Community” and “The Top of California”, Mammoth Lakes is indeed a rare piece of real estate. The less than four square miles of privately owned land is a geographic cul-de-sac surrounded by designated Wilderness Areas and the Inyo National Forest -- talk about location! Mammoth Lakes is the hub for an endless array of recreational activities available on public lands. The centerpiece is the world-class ski resort known as Mammoth Mountain Ski Area. Founded over 50 years ago by Dave McCoy, the Ski Area features high-altitude open bowls and steeps as well as internationally recognized modern terrain parks.

The town lies at more or less 8,000 feet of elevation. The 2010 Census reported the town to have slightly over 8,000 permanent residents. The Town of Mammoth Lakes was incorporated in 1984 and is located in the Eastern High Sierra County of Mono. Mono County is more than 95% government or conservatorship owned and has less than 13,000 total residents. In the past decade there is an actual reversion of land from private ownership back to public ownership via Forest Service land exchanges. The county includes the eastern gateway to Yosemite National Park and the Mono Scenic Basin. The entire area is highly influenced by environmental groups like the Sierra Club and The Mono Lake Committee and the government stewards of the land including the Forest Service, Bureau of Land Management and the Los Angeles Department of Water and Power. 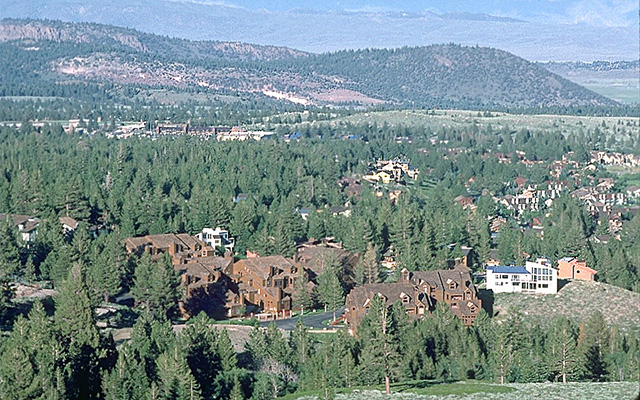 Despite many attempts to highly develop, Mammoth Lakes remains a modest resort without true overbuilding. The town has roughly 9,000 condominiums and 2,200 single-family homes. Two major development cycles occurred in the 1970’s and 2000’s. Those development cycles left Mammoth with a wide variety of condominiums and homes, from small studios to luxurious mansions, from slopeside to creekside, from affordable to opulent. The “Village” is the newest commercial district and provides gondola access to Mammoth Mountain Ski Resort at Canyon Lodge. The original Main St. and Old Mammoth corridors still provide the core commercial stores, restaurants and services.

Skiing, snowboarding and tourism are the primary economic engines in Mammoth Lakes. The area actually experiences more visitation in the summer months but those visitors are more widely spread out. Mammoth Lakes can experience wild swings of visitor population: the town can be jam-packed on winter holidays and enjoyably mellow during many off-season months. Many visitors and local residents alike are drawn to the area for winter activities but come to appreciate the non-winter months even more so –– “come for the winter, stay for the summer.” The area offers such a wide variety of recreational opportunities it would be impossible to experience them all. The local terrain offers so many distinct geologic and other natural features that it would be impossible to explore them all in one lifetime. 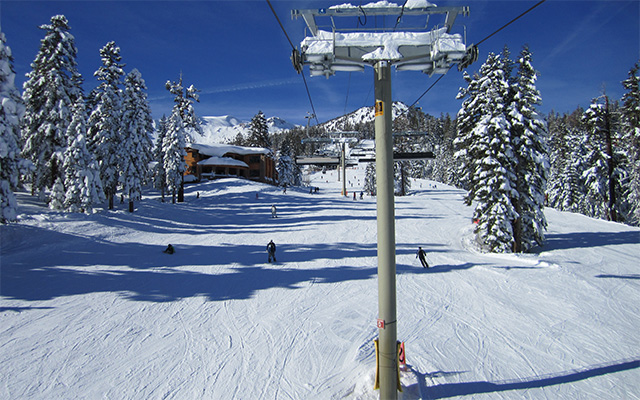 In the 1990’s, RE/MAX of Mammoth coined the slogan “Small Town, Big Playground” and we believe it applies as much today as it did then!

Have a Question or Want a Free Market Report?

Have a Question or Want a Free Market Report?